Home of the April Tulip Festival

Did you know that more tulip and daffodil bulbs are produced in Skagit County than in any other county in the United States?

Approximately 1,000 acres of tulips and daffodils are grown in Skagit County.  They are sold for both cut flowers and bulbs and shipped throughout the U.S. and Canada.  About 20 million bulbs are harvested each summer in Skagit County.  About 75 million cut flowers are grown in greenhouses and fields, accounting for over 50% of overall sales.  About 500 acres of tulips are grown in the Valley, which represents 75% of U.S. commercial production.  Skagit County is known worldwide for its Tulip Festival, which occurs the entire month of April.  The Tulip Festival began in 1984 and now brings an estimated 300,000 visitors and $65 million in revenue to the county.  The bulb industry averages about $20 million in annual gross income, $3 million of which is in bulb sales. 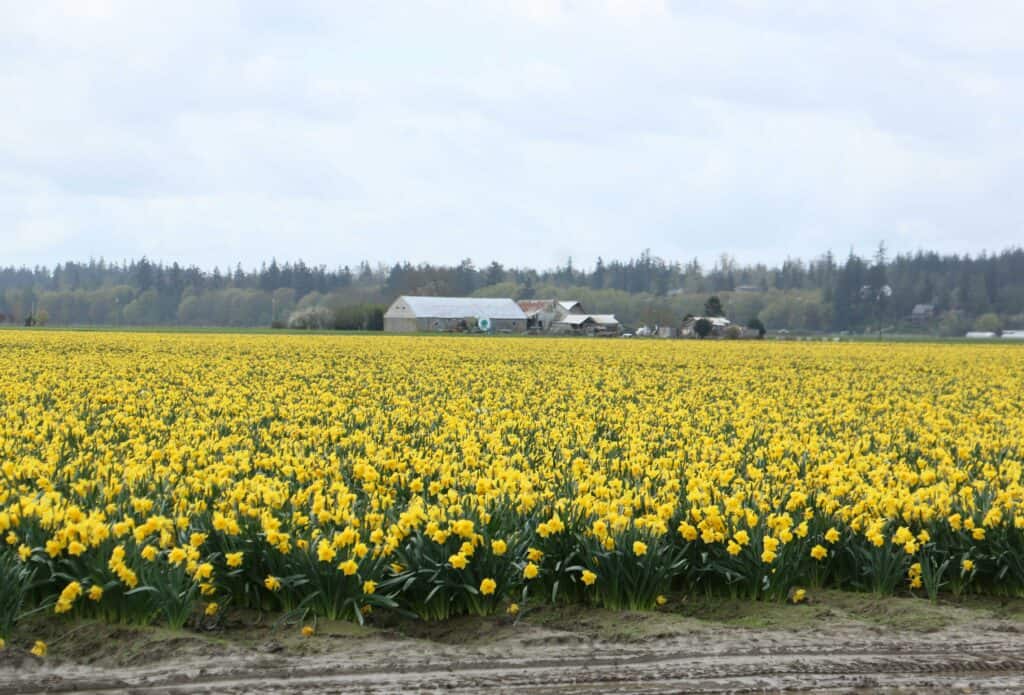 Need a Master Gardener to Guide your Tulip Tour?

Would you like a local gardening expert to enhance your customers’ experience touring the Skagit Valley tulip fields?  Then you need to contact the WSU Skagit County Master Gardeners.  Master Gardener step-on guides provide an informative overview of our wonderful area and are available for your group tour during the Skagit Valley Tulip Festival.  Touring companies should email us for pricing and scheduling information.

Note: Master Gardeners do not arrange or provide the transportation for tours. We are “step-on guides” for tours that you or others arrange, bringing your transportation to us. 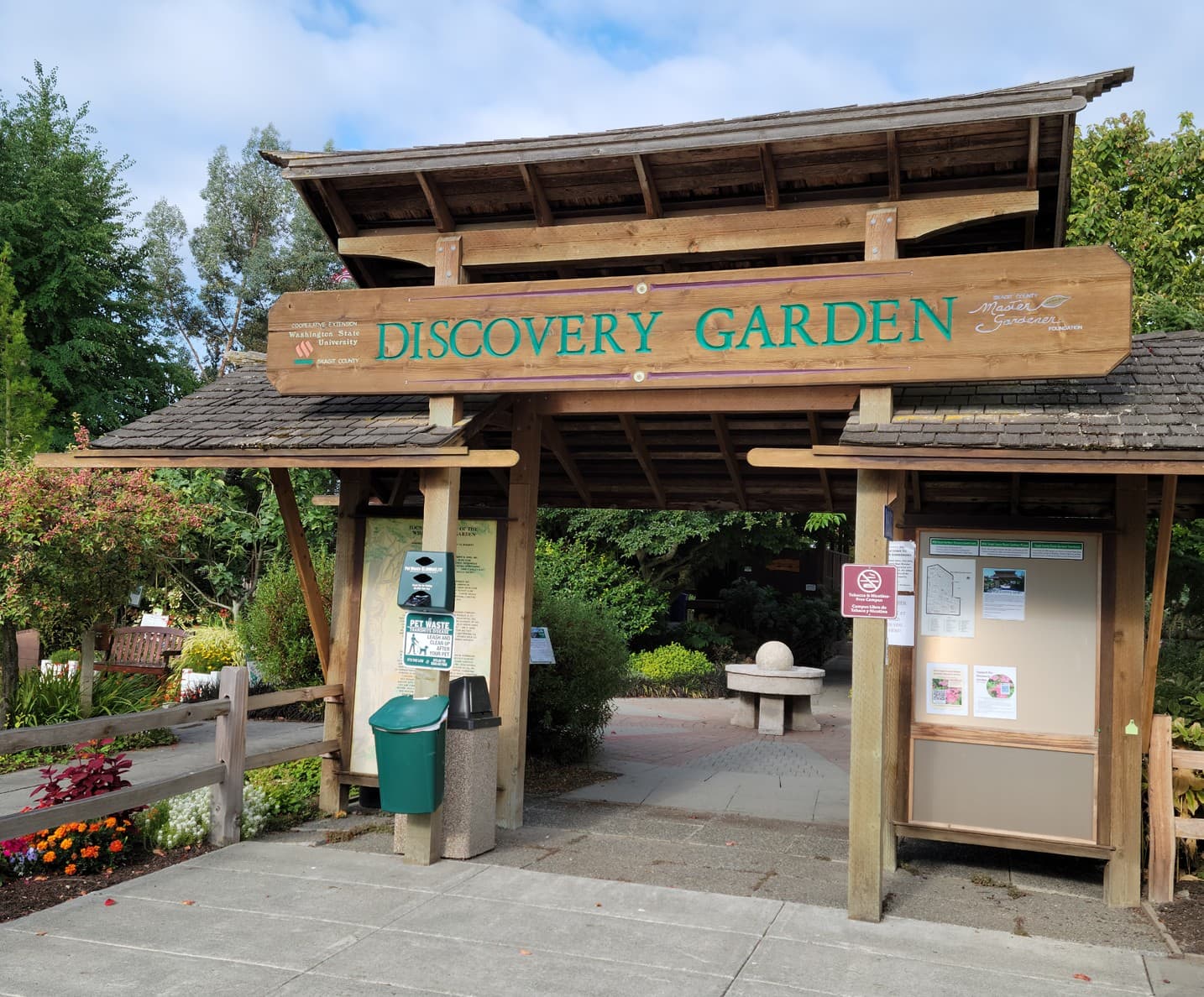 The Discovery Garden is a five minute drive from the Skagit Valley tulip and daffodil fields.

Download the brochure and take a self-guided tour during your visit.

Brochures are available at the entrance 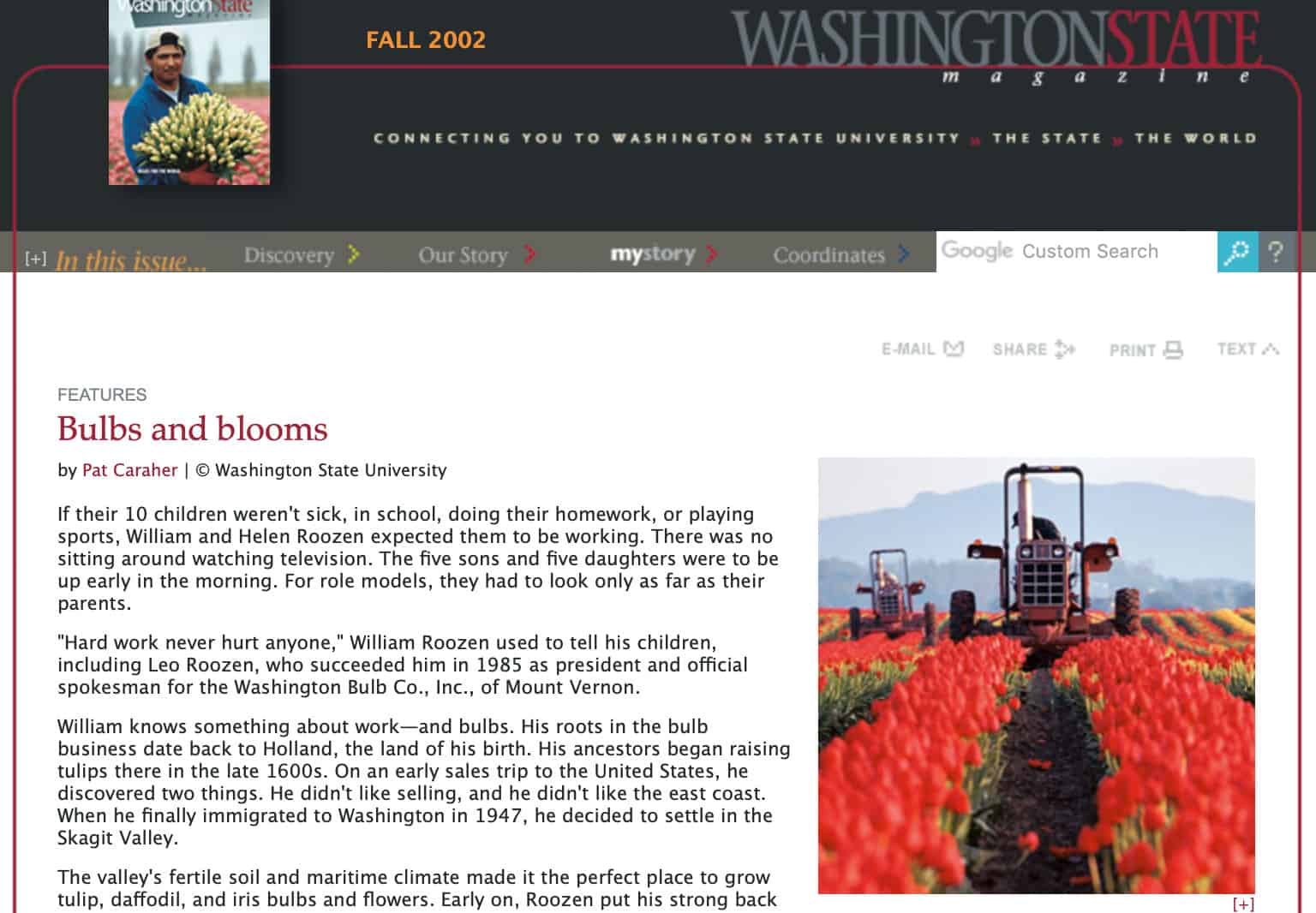 The tulip is a member of lily family and native to Central Asia.  It is closely related to the onion.  The flowers were highly cultivated in the Ottoman Empire by 1000AD.  In 1556, an ambassador from Austria was sent to the Ottoman Empire observed the flowers and shortly thereafter, the first bulbs were brought to Europe and began circulating among affluent collectors. In 1593, the botanist, Carolus Clusius, brought tulips to Netherlands.  The flowers became very fashionable and started to command high prices.  The flowers became a status symbol of the wealthy and were highly sought after between 1634 until 1637, a period known as Tulipomania.  During this time, tulips were traded like commodities and speculation drove prices even higher.  In 1637, the market collapsed.  Soon after, tulips were affordable to the working class and their popularity has never faded.  Today there are over 150 different species and over 30,000 varieties.